Filmed over nearly three years, WASTE LAND follows renowned artist Vik Muniz as he journeys from his home base in Brooklyn to his native Brazil and the world’s largest garbage dump, Jardim Gramacho, located on the outskirts of Rio de Janeiro. There he photographs an eclectic band of “catadores”—self-designated pickers of recyclable materials. Muniz’s initial objective was to “paint” the catadores with garbage. However, his collaboration with these inspiring characters as they recreate photographic images of themselves out of garbage reveals both the dignity and despair of the catadores as they begin to re-imagine their lives. Director Lucy Walker (DEVIL’S PLAYGROUND, BLINDSIGHT and COUNTDOWN TO ZERO) and co-directors João Jardim and Karen Harley have great access to the entire process and, in the end, offer stirring evidence of the transformative power of art and the alchemy of the human spirit. 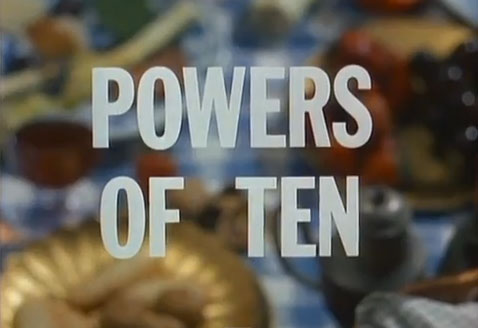 Bernice Alexandra ‘Ray’ Eames (1912-1988) was an American designer, filmmaker and wife to Charles Eames who designed some of the best-known iconic pieces of contemporary American furniture. Ray often documented her passions in short films on various subjects. In 1968, she made Powers of Ten, a quietly stunning journey from the depths of space to within a nucleus of an atom.

This small film has always helped me to remember the big picture and still never fails as a reminder to always put things in context and perspective.

The film may be over 40 years old today but the little lesson it imparted on me still has a large effect on how I view things moving towards the future.

Thank You, Ray and Charles Eames.

A concept site based on the short film:

More on the legacy of Charles and Ray Eames:

Posted in Art, Behind the scenes, ideas, Life, Photography, Uncategorized

Went to an “art show” last weekend. And honestly, i fucking hate artists. The only reason i went there is to watch Panda Head Curry perform cuz these guys don’t take themselves too seriously and being a tight-arse and all…plus they are my friends.

Anyway, found this thing on Boston Globe’s BIG PICTURE and it really caught my attention. French street theatre group Royal de Luxe did a street art-show to commemorate Germany’s 19th Anniversary reunification. What a great way to celebrate! And this is how art show should be done!! I’m looking at you art-farts! 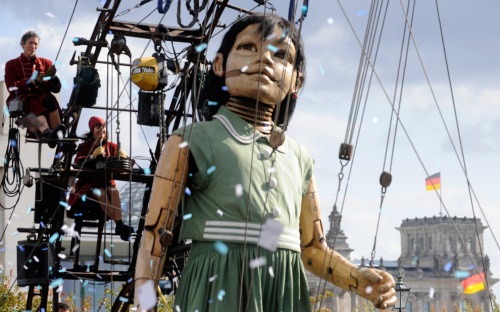 Just to top it off, this is taken from a German newspaper, The Local
“Last year, Barack Obama wasn’t allowed to speak at the Brandenburg Gate, it’s so sacred a national landmark. On Saturday, a French puppet giantess was permitted to squat at the foot of it and take a wee.

Hey guys, this is an online campaign by the guys at WALLPAPER and URBAN OUTFITTERS. Its called Impossible Project.

The idea is to continue the production of polaroid films through the support from US! Help them out, spam your friends’ emails, buy their t-shirts, send their maid over to do their cleaning so they dont waste money hiring cleaners!… do whatever..

HELP BRING BACK POLAROID !!!!!! cuz my polaroid camera is sitting in my room collecting dust.. 😦 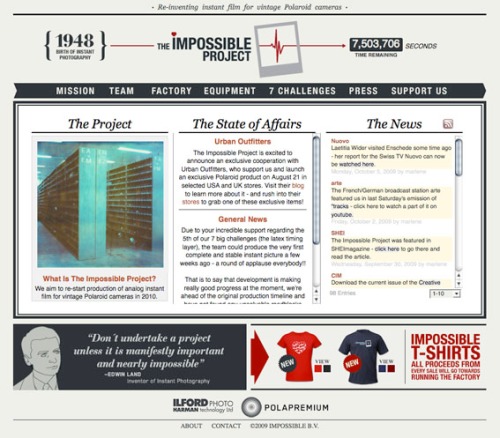 Oooooohhhhhh damn, this camera makes me drool. Check this out. This is a fully customizable camera that enables buyers to choose 4000 different technical and styling options. FOUR FREAKING THOUSAND! Anyway, if you like to see more, click here.

Anyone wanna buy a D90? Anyone?

Thanks Design You Trust. 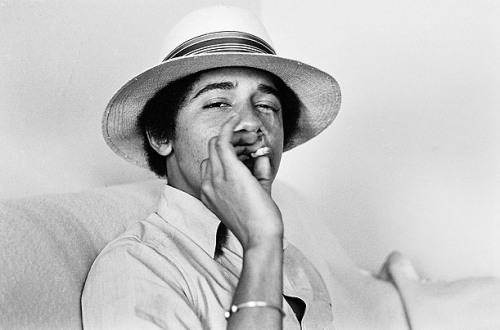 Saw this picture when I was reading an article of famous people that admitted smoking weed. So I googled up “Obama, smoking pot” and found this link from TIME Magazine.

Really interesting to see the fun and relaxed side of the first black president. What say you?

Posted in Behind the scenes, Life, Photography, Skinny Monkey